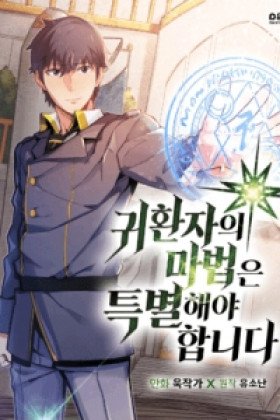 When chapter 125 comes out?

"Now that I'm back, I won't allow my loved ones to die again!"

The Shadow Labyrinth - the most catastrophic existence humanity has faced in history.
Desir Arman is one of the six remaining survivors of mankind within it.

The six attempt to clear the final level of the labyrinth but ultimately fail, and the world comes to an end.

However - when Desir thought he would meet his demise, what is revealed before him is the world... thirteen years ago?!

Desir is returned to the past, back to the time when he enrolled at the nation's finest magic academy - Havrion. He is reunited with his precious friends, and is prepared to change the past to save the world and his loved ones...!

Three years remaining before the emergence of the Shadow World!
Change the past and gather powerful comrades to save mankind!
Show description
Loading...