Manga Me & My Brothers / Oniichan to Issho 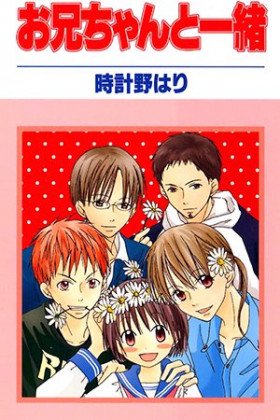 Sakura had lived with her grandma ever since her parents died in a car accident when she was three. When she turned fourteen, her grandma also passed away, leaving her alone. Just when she was about to give up hope having a family, out of nowhere, four guys claim to be her older step-brothers.
Show description
Loading...