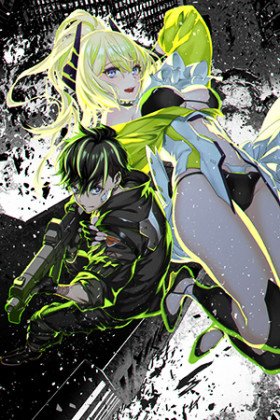 At the risk of his own life, a young man sets foot in the ruins of a devastated old world. His name is Akira, and in order to claw his way out of the hellhole that is his birthplace of Slumtown, the boy became a hunter. In the wastelands he happens upon a strange woman, standing perfectly still, stark naked.
She is beautiful, but it seems that only he can see her. She exists incorporeal, tantalizingly beyond any touch, and she tells him her name is Alpha.
Alpha won’t show even a sliver of her real intentions, but with a wide smile, she brings Akira his first commission as a hunter. Akira takes the task, if only to become a stronger hunter, and having entered a contract, their dramatic lives in the hunting profession was set to begin.

From Stories of the Boy Hunter as recorded by the Eastern Hunters’ association.
Written post-collapse of scientific civilization.
Show description
Loading...