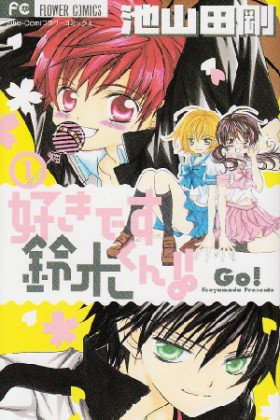 "A genius actress has just awoken!!"

Suzuki Hikaru, Hoshino Sayaka, Itou Chihiro and Suzuki Shinobu are all new students who have just entered the same middle school. Sayaka is a shy girl who secretly loves acting. Hikaru is an energetic boy who loves basketball. Incidentally, he shares the same last name with Shinobu, a popular rich boy who would be perfect if not for his rotten personality. Chihiro is Hikaru's childhood friend and has long had a crush on him.

On the day of the opening ceremony, Hikaru happens to witness Sayaka acting out the lines of a drama on the rooftop and is instantly captivated. Upon seeing Hikaru getting along with Sayaka, Chihiro's chest begins to ache. When Shinobu sees this, he is overcome by a strange emotion and his heart starts beating faster... Unbeknownst to the four, this is the beginning of their magnificent love story; one that would last years to come.
Show description
Loading...