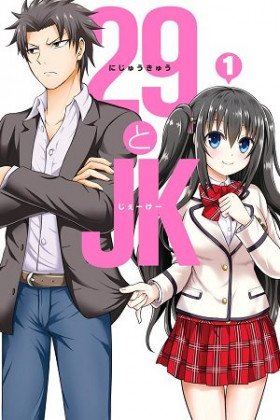 Yariba Eiji (29 years old with intimidating eyes), a corporate slave whose only hobbies are video games and manga, gets through life by spending his time off relaxing at net cafes. One day, he happens upon Minamisato Karen (a 15 year old high school girl) and ends up scolding her. This leads to her warming up to the 29 year old Eiji...! Not only that, Eiji's little sister (a lazy middle schooler), childhood friend (a nosy ex-girlfriend), and his subordinate (a cool and serious girl) are also becoming interested in him. Love is coming at him from every direction! Juggling between his work and his newly developed ventures into romance, will Eiji's peaceful days ever return? From the creator of Oreshura, the forbidden age gap love comedy finally gets a manga adaptation!
Show description
Loading...