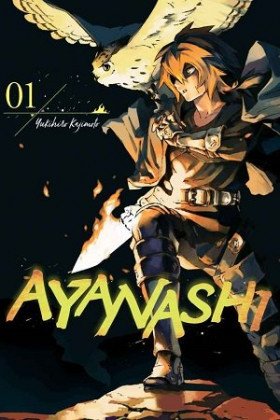 Description:
A tale about monsters that are known as "ogres". They crawl on the surface of the earth, in a complete darkness. The only option for human beings is underground existence in eternal fear. There is no weapon that can destroy those ogres. People's only hope is salvation of unique fighters - Ayanashi. One of their representatives is Holo with a flaming sword in his hand. Physically, he can defeat the monsters, but he's scared of people. He isn't sociable at all. Holo's wish is to revenge for his brother's death - killed by those ugly monsters. Will people finally see the light after all?
Show description