Manga B Group no Shounen X 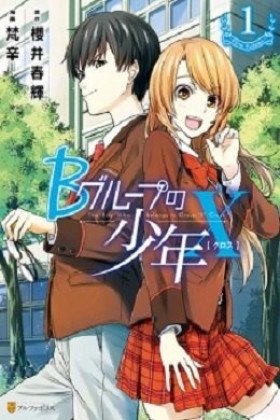 The Boy Who belongs to Group "B" Cross

Description:
Sakuragi Ryou believes there are three different ranks inside the high school hierarchy. The "A" rank consists of the best looking, the smartest, and the most athletic members of the high school. The "B" ranks are the average members, while the "C" ranks tend to be ignored by the rest of the school. Against his own will, Ryou was dragged into the "A" ranks of his middle school, leading a school life he did not choose. Now entering high school, he vows to stay out of the limelight, and cement himself as part of the "B" ranks. He just wants to live a peaceful and uneventful school life.

One evening after school, he runs into a scene of three delinquents surrounding a girl. He was hoping he wouldn't have to intervene, but the girl was in desperate need of help. The girl he just saved happened to be the prettiest girl of his high school, and now she wants to repay him for saving her. Ryou now must take all measures to not attract the attention of the rest of the school to stay in the "B" ranks.
Show description