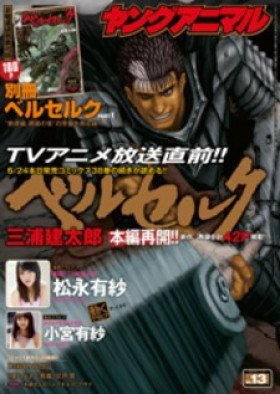 Description:
Gats was known as the Black Swordsman, and he tried to find a refuge where he could defend himself from the terrifying demonic forces that haunt him and his beloved. It was extremely difficult to hide as he had a special demonic mark on his neck! However, his immense strength, as well as the numerous trainings that he went through since childhood, allow him to fight his own dark fate. Moreover, he is forced to control his own rage, because of which he can lose his humanity. This manga has received numerous awards at various festivals. WARNING: This manga can only be read by adults as it contains scenes of a sexual nature as well as violence. It is impossible for the faint of heart and minors to watch this.
Show description