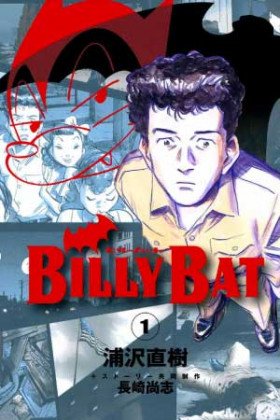 Description:
The events take place in 1949. The protagonist - Japanese-American auther of coomics, Kevai Yamagata who is creating the famous series of detective comixes "Billy Bat" (for Marble Comics). As it turns later, he may have copied the hero out of the image he saw in Japanese navy. He served there in period when Japan was occupied. The author decides to get official permission from the original creator of Billy Bat, so he go travels to Japan to find him. Once he arrives there, he becomes involved in a criminal case (a set of murders. There were many cover-ups, prophesy that make him to return to Billy Bat. As it's fugured out later, the real truth about the comics hero is much wider that Kevin could imagine. It covers millions of years and all the continents.
Show description