Manga Blade of the Immortal 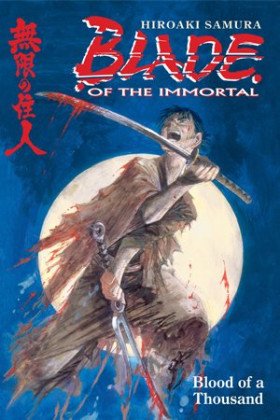 Blade of the Immortal

Description:
Manji is a soldier. Besides it is immortal. It was damned, having promised it eternal life without death. He was very tired to live so many years and to see a set of death, fault which he is. He isn't capable more to anything to another except murder. Then he decides to create the plan and to return itself(himself) ability to die. He should kill hundred angry men for everyone kind which life was torn off by him. The sorcerer who imposed this damnation on Manji agrees to such plan. Now the hero can realize it. He needs to kill one thousand angry men. On the way he meets the young girl by the name of Rihn. She has an intention to revenge the Sword school which members killed all family of the heroine. These two decide to go together in hope to find the destiny. In way they will meet a great number of different enemies. Heroes have to learn to survive and not to be exterminated by own revenge.
Show description