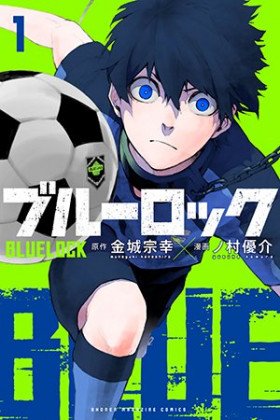 Description:
The plot originates from discharge of Japan from the FIFA World Cup in 018. It becomes motivation for Association on soccer to organize the program. It consists in set of players of colleges who will be able to be trained and be prepared for the Cup in 022. Izadri Yuchi is a forward. To him the invitation to participation in this program just comes when his team loses a possibility of participation in National League. At this time to them insufficiently qualified participant comes. Before him wasn't in team. He didn't set for himself the purpose to change rules of the game. Ego Dzhinpachi whose intentions included destruction of weak Japanese soccer will become their trainer. He introduced a high security of trainings by means of isolation of 300 young outsiders indoors, similar to prison. It was called "the Blue Lock". It was necessary to train strictly players and to make of the best forwards in the world.
Show description

When chapter 190 comes out?