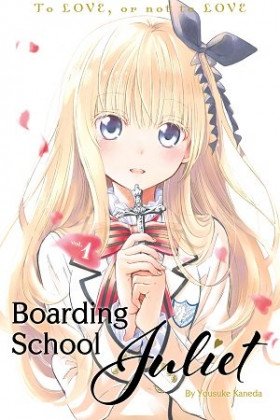 At Dahlia Academy, a prestigious boarding school attended by students of two feuding countries—the eastern Nation of Touwa, and the Principality of West—Romio Inuzuka, leader of the dorms' Touwa first-years, wishes for a romance that can never be. For his ladylove is none other than his arch-enemy, Juliet Persia, leader of the dorms' West first-years! Is Inuzuka ready to risk it all to confess his feelings? And even if Persia somehow agrees to go out with them, how long can they keep a forbidden relationship under wraps?!
Show description
Loading...