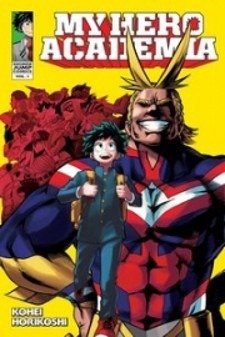 Description:
One of the ordinary days, a four-year-old child realized that this world is extremely unfair to those who live in it. In this special world, eighty percent of the population has special abilities, which are called quirks here. Thanks to these abilities, people can realize their wildest dreams, for example, to become superheroes. However, this four-year-old boy was unlucky enough to become one of those who did not receive magical powers, and he is extremely unhappy with such discrimination. Nevertheless, he does not want to give up on his own dream of becoming a hero, so he decides to achieve his goal by all means. He decided to enter an elite academy that trains heroes.
His whole life will change dramatically when he meets his idol - Izuku the Almighty. He told him that his dream is not unattainable, and hard work can lead to its realization. The inspired boy decides to work harder than ever before in order to eventually inherit the power of the Almighty. Now he will have a long journey in the school of his choice, so that he can adequately use the power that the best hero of the planet has passed on to him. The adventure is just beginning!
Show description

When chapter 376 comes out?