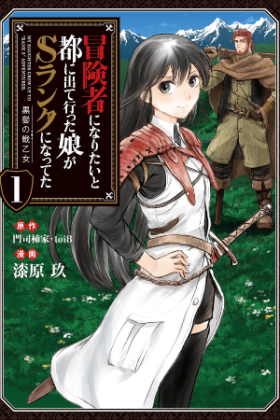 Description:
He was an aspiring adventurer who wanted to earn fame and money, but in one of the raids he loses his leg, which is why he is forced to return to his hometown. Here he is trying to bring some kind of benefit, for which he collects medicinal herbs, exterminates magic animals and other wild monsters in order to help local residents. As a result, he turns into a kind of handyman. So he lived until he was 30, and at this age he suddenly finds an abandoned child. He could not afford to leave the child in trouble, so he took him to him, and was engaged in raising him for the next 10 years. The matured daughter also very much wanted to become an adventurer, as she watched her father and internalized his goals and dreams. Moreover, the girl had an incredible talent for wielding a sword, which manifested itself during numerous trainings with her father. He decides to send his daughter to the guild in the city so that she does not get stuck in the village life like him. As a result, she becomes an adventurer, moreover, she becomes an S-class adventurer! Nevertheless, the years go by, and the girl never returns to him?
Show description