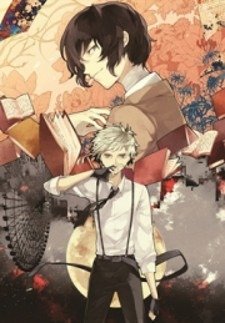 Description:
Nakajima Atsushi lived in an orphanage, where he was fed and kept. Everything will change when they decide to expel him, and now he cannot go anywhere and suffers from hunger. Already dying of hunger, being by the river, he manages to save a man who decides to commit suicide. This person turns out to be detective Dazai Osamu, as well as his partner Kunikida. A feature of their detective agency is the presence of super powers and supernatural abilities, thanks to which they can deal with cases considered too dangerous for ordinary police and military. At the same time, they hunt down a mysterious tiger that appeared in the area quite recently, at the moment when Atsushi was here. They suspect that this tiger has a strange connection with Atsushi. By the time they solve the case, it turns out that Atsushi has much more power than he might have thought, and it is he who is the key figure.
Show description