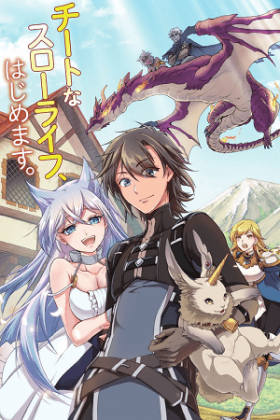 Ex-Hero Candidate's, Who Turned Out To Be A Cheat From Lv2, Laid-back Life In Another World

Description:
The main character of this story is an ordinary man who is called to a parallel world. Here he was supposed to become a legendary hero who can solve all the problems of local civilization, but it turns out that he was called by mistake. As a result, he should have been brought back to his world, but this does not work. Now he had to travel around this world with absolutely no powers due to a magical error. The guy will get angry with this life, because of which he will begin to develop very quickly, and as a result, he becomes an incredibly powerful creature, whose powers significantly exceed those of his enemies. At the same time, the guy is never in a hurry to act, but does everything calmly and with a good-natured smile.
Show description