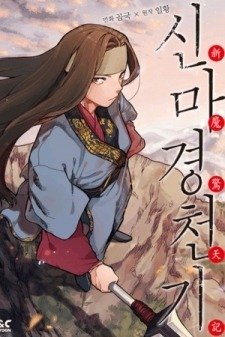 Description:
All your life you have been a fighter for harmony, and now this is how you decide to act! The Spear Master and his apprentice Hek Un Son are suddenly accused of studying demonic art, which is why they are killed. They became the pitiful victims of the hypocrites of the Orthodox sect. However, at the moment when the apprentice died, the artifact of the Master of the Spear emitted a special radiance that gave him a new life. Now he was a student of the Demon Cult! He has one goal - to take revenge on his offenders from the Orthodox cult. Here he will begin his own martial arts training to begin the path of revenge. The time for revenge is getting closer. Lead the cult of demons to take revenge on the hypocritical scum from the Orthodox sect! The story is an adaptation of a popular novel.
Show description

When chapter 162 comes out?