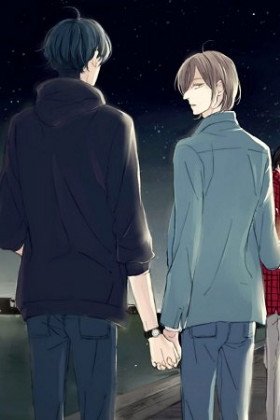 For humans, they come together into social circles after finding an “outsider” that they can unite against. Aou is the top of his social circle, while his friend Axun prefers to simply be the observer outside the circle. When they’re alone, Axun likes to be intimate with Aou.

At school, the “outsider” persecuted outside their circle is the transfer student, Xiao Shang. While he may be docile and weak at school, outside of it he’s the opposite. When Axun realizes this, he tries to keep Xiao Shang down to keep the balance of their social circle intact, but Xiao Shang knows exactly what Axun is doing and gives him a private warning about how pathetic and fragile Axun and Aou’s relationships is. The school’s hierarchy is about to be shaken up...
Show description
Loading...