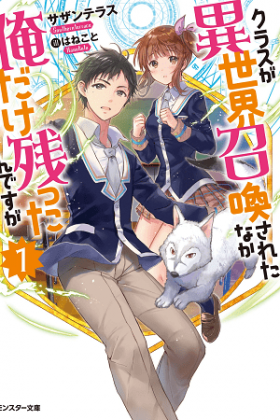 Description:
Suddenly, in Kamiya Yato's class, a God from a parallel world appears, who calls all his classmates into him, but the guy himself remains here, since he slept in the corner of the class, which is why the magic circle did not reach him! Now the guy stayed here on Earth, but he also received special skills. A year has passed, during which he gave a huge number of interviews and spent a lot of time on interrogations, and he is still trying to start leading a calm life. However, he does not succeed in this, since his city is constantly attacked by some mystical creatures, monsters or villains. Can a guy with a lack of motivation save the world?
Show description