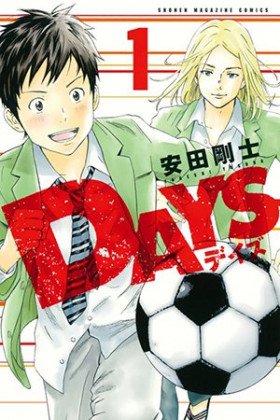 Description:
Tsukushi Tsukamoto was an extremely weak, awkward and shy guy, because of which he constantly suffered from the attacks of bullies. However, it is these constant bullying that lead to his fatal meeting with Seiseki Jin Kazama, who was a genius age and at the same time his classmate. Seiseki helps the guy get rid of the hooligans, and later invites him to a football match, since their team simply lacks one player. Tsukamoto suddenly found himself an extremely passionate player who constantly inspired all players and helped them win. So he developed a strong desire to join a football club. The main problem was that Tsukushi was a terrible player, and only the best of the best were taken to Seiseki's club, as it was the best club in the country. However, Tsukushi's main skill - a fast forward run, allowed him to regain his place in the selection!
Show description

When chapter 373 comes out?