Manga Did You Know That A Playboy Can Change His Job To A Sage? ~The Level 99 Jester Expelled From The Heroes' Party Will Become A 'great Sage'~ 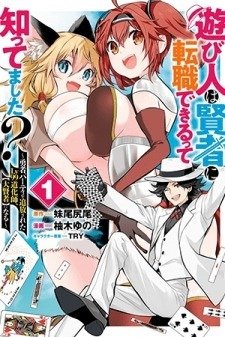 Description:
The Jester was known as the playboy, although his name was simply Dylan. It all starts with his firing from the party of heroes who were so self-centered that they did not understand his importance to the group. They were just loners, gathered in a group, who had absolutely no interest in cooperation. They always accused him of everything, the jester. The heroes did not understand who they kicked out, because the jester, due to the numerous rescues of the entire team, reached level 99, thanks to which he changed his position to the great sage! A life. How do you like that, arrogant hero? From now on, he will be in charge.
Show description