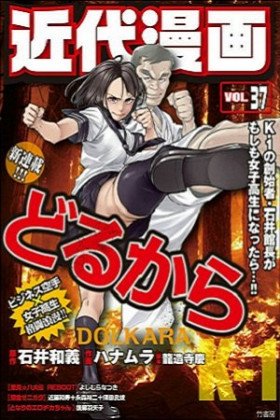 Description:
Kazuyoshi Ishii has had a bad day. The former director of K1, one of the world's greatest karate tournaments, was arrested for two years for tax evasion. Just as he is released and he can return to karate, he is struck by a truck
However, just before his death, a talking cat appears before him. The cat explains that while Ishii is dead, it can give him a new life - so long as he can complete a task for it. With no other choice, Ishii agrees. Succumbing to his injuries, Ishii falls to the ground, dead
At that moment, high school girl Kei Ichinose wakes up from a three-day coma
Show description