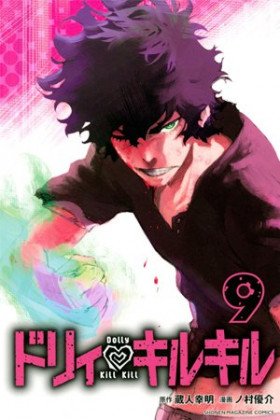 Description:
Humanity's peaceful days all at once transform into an unspeakably odious hell. The sudden invasion of wasp-like insects, along with gargantuan "dolls" wielding their enormous alien weapons, annihilating everyone in their path. In the middle of the chaos, high school first-year, Iruma Ikaruga, fights to save his best friend and his beloved senpai from the dolls' assault with an unyielding spirit. However, all that awaits him is despair. Just what are the enormous puppets known as "Dolly"after? What fate awaits Iruma? The curtain has risen on humanity's "puppet show" of unimaginable despair, and the battle for survival has begun.
Show description