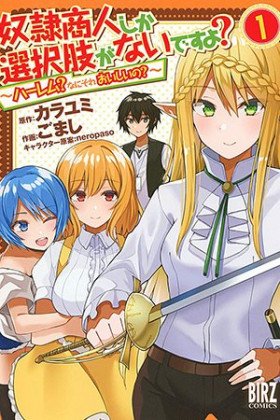 Description:
Zeolit - the lazy boy who had to visit masterful and technical school from 15 years when in the village governed. At the age of 15 years the masterful and technical school knows the title and chooses in the middle their profession. But titles which he received were only: "A title of High Peak of Human Race the Brave Man", "The strongest Governor the Governor", "A title of the strongest sorcerer of Wiseman", "And left another "The lowest hateful bastard". Any of titles didn't entice attention. He chose the smallest title Slave Merchant which in the middle of them is imperceptible and simply it seems to live. > But, He doesn't know it so far. It is the lowest profession, but it the most powerful to him and the most importunate. Fight for a harem which is conducted by various girls, dissolute seductive maidens from old to younger which are friends of his youth, the poisonous woman with a plantation, elves, cat's ears Lolly Bes the Lord is so farther. is a Story about the strongest slave trader, not though to do big furor!
Show description