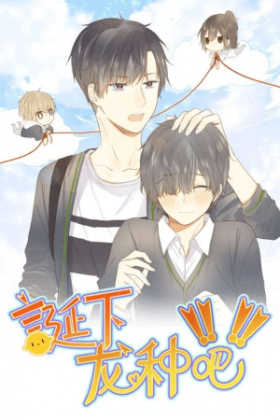 Emperor Huang Di has sent his ten most prized dragons to the human world. Their mission is to find another dragon and make offspring -- and if they fail, they won’t be allowed back into Heaven!

The last thing second-highest ranked dragon Zhu Long wants is to go to the human world, but before he knows it, he’s reincarnated as a newborn baby! Seventeen years have passed and all that time, he’s urged his fellow (male) dragon Ying Long to reproduce with him, only to be firmly rejected each time. But they’re not the only dragons on Earth, and things are about to get very egg-citing...
Show description
Loading...