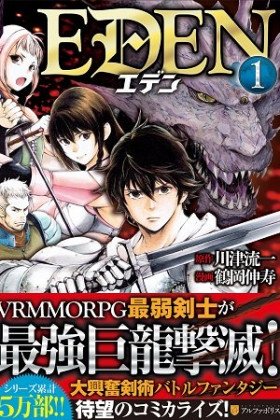 Description:
Technology has now allowed the full integration of virtual reality in massive multiplayer gaming. Gamers can now immerse themselves in a fantasy world and fully experience a role-playing game. The first game to implement this system was called "Eden." Gamers around the world flocked to their first chance of being part of this system. Three years have passed since the discovery of the bug in "Eden." This bug prevented anyone from "logging out" of this game. Players were forever trapped in the fantasy world of Eden and now had to fight to survive inside the game.

Our main character, nicknamed "Teacher," continues to follow the road of the beginner's course inside the game. Tirelessly training his skills, he fights alone against any enemy to become the strongest player in Eden.
Show description