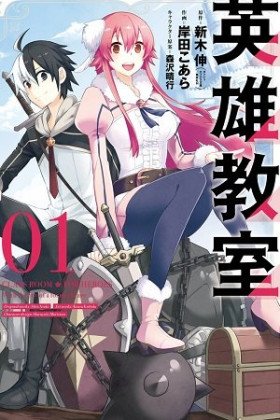 Description:
In the past, for many years, a powerful demon lord ruled over people, until a powerful enough hero appeared among them, who had the strength to defeat him. In order to prevent his return in the future, a special academy for trainee heroes was created. Today, only the best of the best are enrolled here, and Arnest Flaming is the best of all. She is the best student in the school, an obedient girl who is called the Empress of the Flame. Her life will change a lot when she encounters a carefree boy who seems to be absolutely not inferior to her in strength, although she has never seen him before. He introduced himself that his name is Blade, and soon the girl finds out that this guy is not just incredibly powerful, but that he is a newcomer to this school, and asks for her help to adapt to it!
Show description