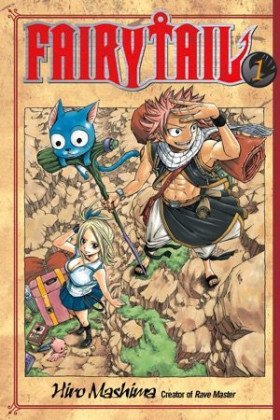 Description:
The mystical kingdom of the Earth absolutely cannot imagine its daily life without magic. Utilities, transportation, absolutely everything here runs from magic. However, this does not protect against magic being used for great evil. It is to protect against various dark forces and villains in the kingdom that there is a special system of magic guilds. They are commanded by their respective masters who command witches and wizards, whose task is to complete various tasks to obtain fame and fortune. That being said, there is a guild that has significantly more power than all the others, and this guild is Fairy Tail! Natsu Dragneel is an ardent and reckless magician who wants to find his adoptive dragon father. Together with him, Happy's partner is sent on an exciting adventure, who will face a celestial magician named Lucy, who dreams of becoming a full-fledged sorceress, for which she wants to join the Fairy Tail guild. Natsu wanted to save her from the kidnapping attempt, for which he accepted into the guild. After Lucy becomes a member of the guild, she befriends many other wizards. This motley company embarks on numerous journeys, meeting various characters with whom they feud or solve problems together.
Show description