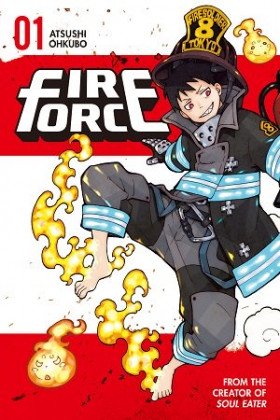 Description:
Increasingly, people began to die due to fire, while the reasons for such a mysterious phenomenon are still unknown. Moreover, people do not just burn out, but turn into terrible monsters, creating even bigger fires. To combat such monsters, special fire brigades were created, which not only eliminate the consequences, but also try to understand the reasons for this phenomenon. The protagonist of the story, Shinra, belongs to just such a unit. For some reason, everyone thinks that it was he who caused the death of his own family, and in order to overcome this opinion, he decides to become a hero who will be respected by all other people. Shinra gradually makes friends and gains experience, overcoming more and more difficulties. Soon they will learn the terrifying secret of the fires ...
Show description