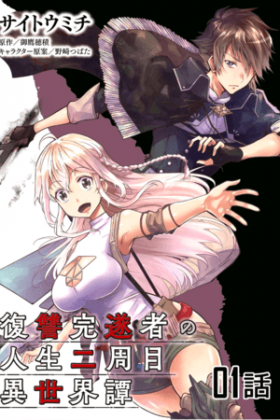 Avenger's Second Lifetime Around In Another World

Description:
Because of his violent life, Kosuke Kurono became an avenger. It all started from the moment when his younger sister was brutally raped and then left in the cold, where she died. From the moment the guy turns 13, he does everything in his power to get revenge. After 5 years, he managed to take revenge, but when he did it, he realized that he had absolutely no goals and strength to live on. Because of this, he kills himself with the same knife with which he killed the criminal. Suddenly he hears a strange voice that says: "Too wasteful!". After that, the guy opens his eyes and finds himself in a parallel world! There is nothing familiar to him here, and he begins his journey in a new world.
Show description