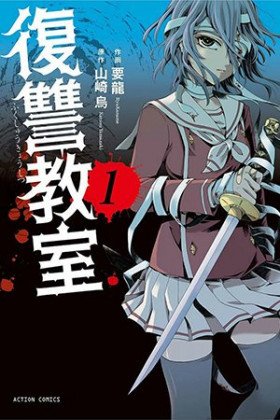 Description:
Fujisawa Ayana was an object of terrible bullying at school. In the beginning, the girl tried to protect herself, but afterward, she started to keep quiet. She hoped that it will come to an end sooner or later. One day the bullying was extremely hard. It was the situation when she turned up inside traffic.
The poor girl was sure that even if she didn't try to protect herself, her classmates could have killed her. Understanding this, she took a decision - the only way to protect herself is an act of revenge. The list of victims included those who bullied her, who laughed at her tears, who didn't give her a helping hand. She started collecting information about all those students to make a plan how to ruin their lives. Moreover, the list included not only her enemies but those who seemed to be her friends.
Show description