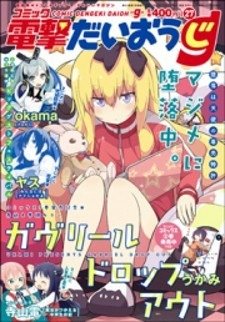 Description:
Tenma Gabriel White graduates from angelic college as a top student, and then travels to earth with his friend Angel to begin studying ordinary people in high school. This should help them figure out how best to lead people on the righteous path. At least that's how it was originally intended. However, instead, Tenma is very addicted to computer games and unhealthy food, and she even begins to try to skip school. Her angel friend is trying with all her might to help her stay on track, since all unworthy and bad angels will be necessarily deported back to heaven. Gabrielle is trying with all her might to avoid this fate, because now she realizes that her real "I" is laziness, and in heaven she will not be allowed to be lazy. So she must stay on Earth! However, at school she is also constantly waiting for problems. In addition to annoying classmates, she is constantly intrigued by another angel, who was the second best after Gabriel. Then demons appear in history. One school, ordinary students, a lazy angel, demons and other magical creatures - where will all this lead?
Show description