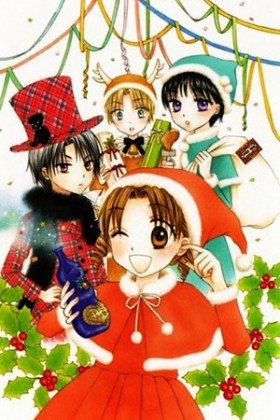 Description:
For Mikan, there was no better friend than Hotaru (though Hotaru sometimes seems to have other sentiments), and the two often played together. But Hotaru is a very special child, and she agrees to go to a school in Tokyo which the government reserved only for geniuses. This left a very lonely Mikan at home. When Hotaru fails to keep her promise and come home for holidays, her young friend is very disappointed and rather angry.

But upon overhearing a conversation between Hotaru's mother and a teacher, Mikan realizes that her friend's reasons for leaving might not have been what they seemed. So Mikan takes it upon herself to run away and go to Hotaru's school. There she discovers the so-called "genius academy" is actually a school for people gifted with special powers called "alices". Her friend Hotaru is one of these, and after a chance encounter with a teacher, Mikan suddenly finds herself enrolled. Finally, the two friends are reunited, but is Mikan actually one of those so-called Alices?
Show description