Manga GATE: Where the JSDF Fought 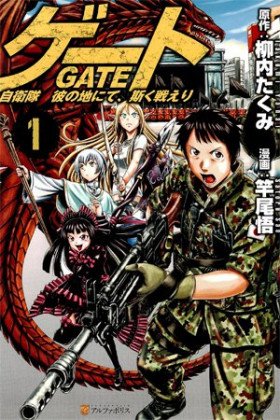 Description:
Hell came on Earth, but human beings aren't ready to lose without a fight. An amazing thriller is full of breath-taking adventures!
It was an ordinary summer day when residents of Tokio saw ugly monsters who killed them. It was the gate that connected our planet with a parallel world. Furthermore, it's the reason for a big war, called Ginza Incident. The story tells about a brave soldier, Youji, who was passed the gate. The Army has only one mission - to save the Earth. The brave army has to face many dangers. Will they manage to survive?
Show description