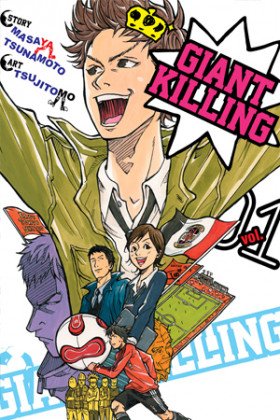 Description:
East Tokyo United fought for a couple of years in the top football league in Rising Sun Land. In an attempt to improve their performance, ETU sends its own general manager Gotō abroad to return them to an old star player, a slightly eccentric Tatsumi Takeshi. From the time he left, Tatsumi was the manager of the British amateur team, and successfully raised them to the winning streak. Tatsumi initially refuses to return to ETU, wishing only to catch up with this epic match "Huge Murder", in which place a weak team knocks down a strong team in a heavy struggle. Only after demonstrating his capabilities in the Great Murder, Tatsumi decides to return to Japan and rise from the ashes! It’s a story about teams that are doing nothing to kill Powerhouse football teams.
Show description

When chapter 492 comes out?