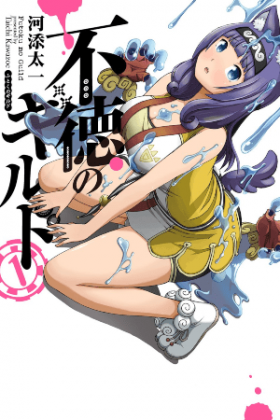 Description:
The protagonist of the story is Kikaru Madan, a monster hunter. He decides to abandon his specific job, because he does not want to spend all his youth fighting terrifying monsters. He wanted to quit because of his friend's marriage! Soon he will have a new recruit, a young girl named Hitamu, who will be sent to him in the forest to teach her all the subtleties of hunting monsters. Kikaru thinks that he will just be able to teach her all the wisdom before getting old, and she will become his successor. However, these plans were in vain, since his partner was unteachable, and all the time attracted terrible monsters. Will he be able to deal with this useless huntress? There will be a huge amount of eroticism in history.
Show description