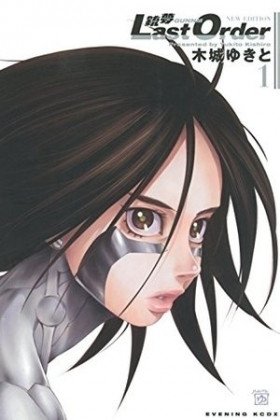 After being killed by the doll-bomb in the original manga series, Alita is resurrected by Desty Nova. The Tipharean scientist reconstructs her brain - bringing forth fragments of her past - and gives her a new body that is able to fully utilize her incredible strength. As she awakens, Alita finds herself in a devastated Tiphares, where a battle between Tiphareans with brain-chips and those without is raging. At the same time, the automatic security system goes on a rampage, killing anything that moves. Last Order takes Alita's adventures into outer space, as she encounters old associates and meets new faces - both friend and foe - and begins to piece together memories of her past.
Show description
Loading...