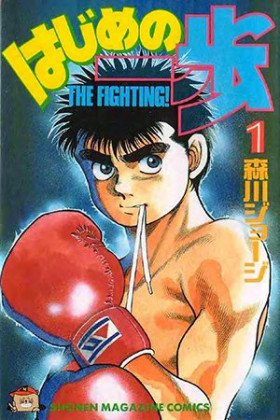 Description:
Throughout his life, Makunoichi Ippo was forced to flee from persecution. He constantly carried out other people's orders, moreover, he was beaten by his own classmates. The guy dreamed of changing himself and his miserable life, but he lacked the passion to put it into practice. One day, during another bullying, the guy manages to save Takamura Mamoru, who is an experienced boxer. Ippo collapsed from his injuries and was taken to a boxing gym to heal. After he woke up, he found himself in a completely new environment in the gym. He was overwhelmed by the environment, but lacks the confidence to take action, so Takamura begins to train him. He puts a photo of Ippo's classmate who teases him the most on a punching bag and forces the guy to beat it. After that, Ippo begins to feel that the desire to change his own life is growing in him, and he asks to teach him boxing. Takamura thought that Ippo was mediocrity, so he gave him a task for a week, which is considered impossible. However, Ippo has shown incredible tenacity and determination, and he begins to fulfill this task. So Ippo will begin his ascent to the top of the boxing world.
Show description