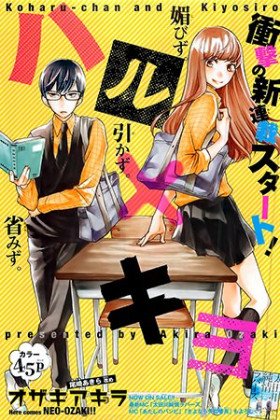 15-year-old Koharu Miyamoto is taller than most girls, and she only really talks to two friends. Despite this simple life, she’s pretty content, even though she hasn’t talked to a boy outside her family in over a year and has zero romantic experience.

One day, she decides to send a love confession letter to the school prince, Hikawa, and gets found out by the aloof Mineta. Somehow, she and Hikawa end up dating! But is Koharu really happy? And why is she beginning to feel at ease when she’s around the no-nonsense Mineta…?
Show description
Loading...