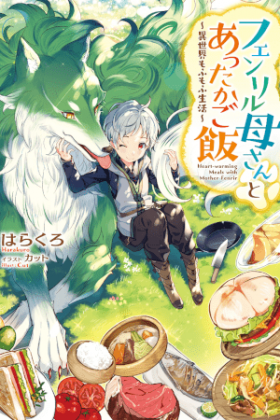 Femrude is picked up by the legendary Fenrir as a baby. Originally Japanese, the reborn 12-year-old spends his days being spoiled by his beloved new mother, while being brought up with lots of love.

To give back to his precious family, he reproduces Japanese cuisine in this new world, one dish after another. To his surprise, not only his mother (Fenrir), but also the beastmen living in this world love his food.
Solving problems one after another with his honest, gentle character, and the skills to attract both races, he aims to become a bridge between the humans and the beastmen!

Even magicians will jump! This fluffy gourmet fantasy is about to start!
Show description
Loading...