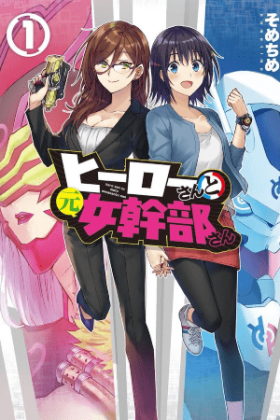 Description:
The world is conquered by creations from the another dimension called Antinoidami, having a lot of the covered opportunities, Hera Spravedlivosti, the Quick Hare, rose to protect him! Well, and was until he lost fight to the General Antinoidam by the name of "Honey Trap", and as the general exposes this gallant hero, she finds out that "he" in fact the girl, suddenly falls in love, being not can destroy her! Then the general leaves own organization, and, again, as it turned out near the hero, their affairs and fight against and all therefore who on their way, begins!
Show description