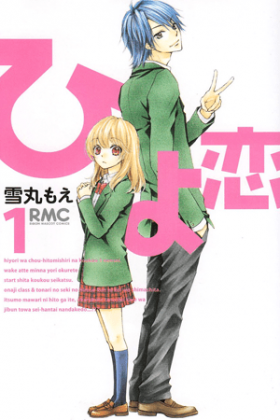 After getting into an accident that left her hospitalized since the entrance ceremony, small and timid Nishiyama Hiyori is finally released and going to school. All she wants is a peaceful school year without standing out, but that proves to be impossible when she has to sit next to Hirose Yuushin, who not only does what he likes, but is a whole 50 centimeters taller than her!

Even though Hiyori doesn’t think she can get along with Yuushin, her friend suggests using him as practice to start opening up! Could Hiyori possibly gain friends after all this year, and perhaps something even more as well…?