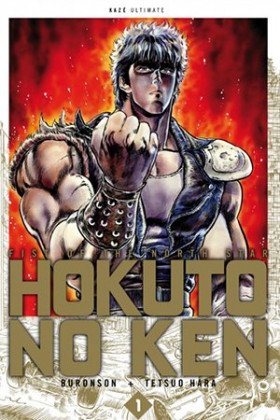 Fist of the North Star

Description:
The year is 199X. The Earth has been devastated by nuclear war. The seas have dried up and the land is cracked and desolate. Most living things on the planet have become extinct apart from the human race. In this new age violence rules as civilization is lost and the strong rule the weak in a world where food and water are the only things with value. At this time a mysterious man named Kenshiro appears with his deadly martial art, the 2000-year-old Hokuto Shinken. With his deadly style eliminating the evil is he the saviour of the new era?
Show description