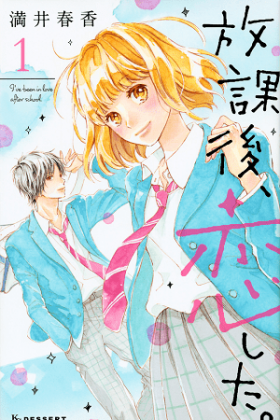 Description:
Hayama Kao wants to live in such a way that people would notice her existance. When being the last year student in middle school, she confessed one guy about her feelings. But, he didn't even remember her name. Now she's a high schooler, and is temporarily maanging the colleyball club for boys in her school. Kao has an older brother who is a teacher and advisor of this club. The guy made his sister responsible for recruiting Kuze Nagisa in the club. It's the only way for Kao to quit a manager's position.
Kao feels pain in her body even though she's just silently observes someone. She doesn't have enough power, wants to leave this position. All her effort for recruiting Kuze failed. She can't make him join the club. Once, she sees something really shocking. It was clear enough - Kuze Nagisa was practicing volleyball all alone. Here the story starts!
Show description