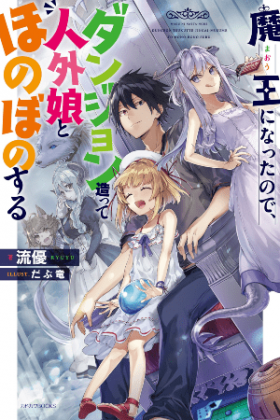 Description:
Before I knew what was going on, I became the new Demon Lord and guardian of the dungeon. Now I found myself in an extremely dangerous world filled with giant monsters that walked around me. Each of them is fighting for their own existence. At first I wanted to do some development in the dungeon so as not to let myself die, but suddenly I realized that I am having a great time here. How did this happen? The main character is a guy named Yuki, who is forced to live in this world. Thanks to his keen senses and instincts, he has a very colorful time with a very cute dragon girl named Lefi, as well as a vampire girl. Almost always, the guy just laughs, although sometimes he has to be angry, but he enjoys his new life, and also protects the core of the dungeon.
Show description