Manga I Became The Wife Of A Tragedy’S Main Lead 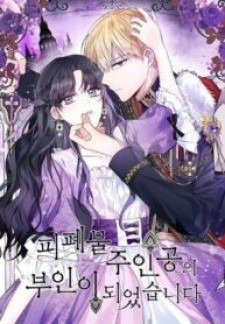 Description:
I was an abandoned princess of the Kingdom of Anzac who lived all alone. It will soon dawn on me that I am living in a trashy romance that I once dreamed in a dream! The main character of the novel is my half-sister, and the main character is an extremely cruel prince. I was an ordinary extra, who did not play any role in what was happening in the series, I would even die long before anything serious began to happen. I was supposed to be sold under a peace treaty with another Empire, where I will die. However, my fate will change dramatically, as the only unmarried man of the enemy empire, who will also turn out to be a prince, will begin to offer me his hand and heart! All his tender courtship and love were intended for the main character, can I get this instead of her? What's going on here now? Alexia will try to survive at all costs. Tervion, a desperate and brave prince who wants to keep her for himself. Ophelia is an unknown heroine who will radically change the plot. Now the events in this story have become completely unpredictable, what will happen to our heroes? A romantic fantasy that embraces the wildest dreams and fantasies of Alexia and Tervion.
Show description

When chapter 49 comes out?