Manga I'm a Middle-Aged Man Who Got My Adventurer License Revoked, but I'm Enjoying a Carefree Lifestyle Because I Have an Adorable Daughter Now 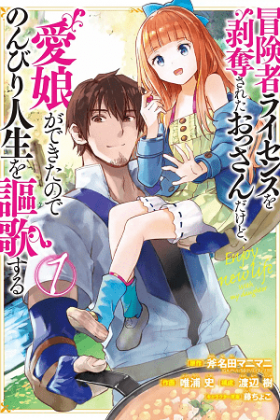 I'm a Middle-Aged Man Who Got My Adventurer License Revoked, but I Can Enjoy Life Because I Have a Lovely Daughter

Description:
Douglas was once an incredibly powerful magician, but now he is aging, and his body is becoming weaker and flabby. Moreover, he was forced to leave the squad of heroes, and in the end, he was even deprived of his adventurer's license. As a result, Douglas is forced to go on a lonely journey, where he suddenly meets a cursed girl named Ravi, which begins an amazing adventure of two people.
Show description