Manga I’m the Prince’s Consort Candidate However, I Believe I Can Certainly Surpass It! / Taikou Kisaki Kouho Dakedo, Kenjitsu ni Ikou to Omoimasu 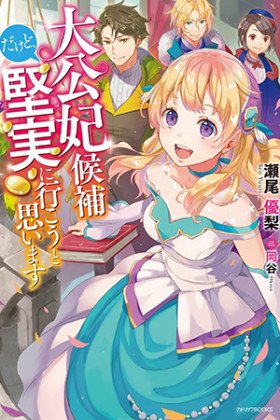 The poor daughter of the Marquis, Teresse, who has been striving to save money day and night, was suddenly informed that she will be one of the “Prince’s Consort Candidate”.

“Being a poor aristocrat such as myself, becoming a consort candidate is impossible for me”– is how I should kindly refuse, but...

“Every candidate will be granted 100,000 peir”
“Employment as a court lady or lady attendant”

“I can be a court lady that I’ve always longed for!” Teresse thought. And with this in mind, she decided to head to the palace as a “Prince’s Consort Candidate”.

However, what awaits her in the palace is a war with self-indulgent young ladies and other consort candidates! Will Teresse be appointed as a court lady or will she stand out from the rest as the Prince’s Consort!?
Show description
Loading...