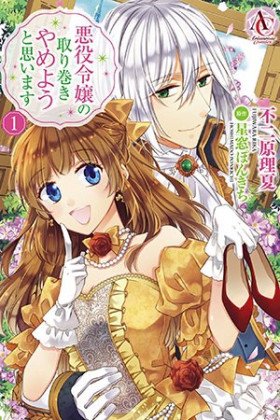 I Think I'll Quit Being the Villainess' Follower

Description:
Diet... to avoid the Bad End!
In a former life, Cosette was just a normal housewife. Now she's been reborn into the world of an otome game, not as the heroine, or even the villainess, but as a chubby unnamed NPC?! Is she destined to be pushed aside as the heroine follows her route, or can Cosette avoid the dark future that awaits her?
With six years left before the game's story begins, her first step is to improve her image. She'll use all the high heels, training equipment, and knowledge from her former life that she can to get herself into shape!
As she works to carve her own path, she gets wrapped up in royal intrigue, and winds up getting to know the prince?!
How will things turn out in this unconventional love comedy?!
Show description