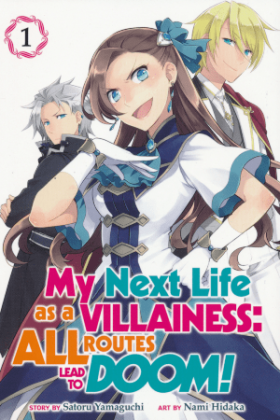 When she trips and hits her head, 8-year-old Katarina Claes, daughter of a duke, suddenly remembers her past life as a high school girl obsessed with otome games. When it is confirmed soon after that Katarina is engaged to the third prince, Gerald, she realizes she’s been reincarnated into one of those otome games, “Fortune Lover”!

But Katarina isn’t the heroine -- she’s been reincarnated as the villainess who interfered with the MC’s romance! In a good end, Katarina is always exiled, but in a bad end, she’s always killed! Is there a way for her to have a happy end too!? This is her story of avoiding her own doomed bad end and live long and happily!
Show description
Loading...